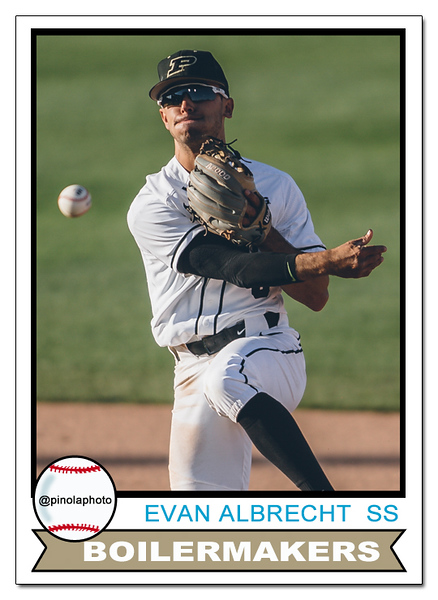 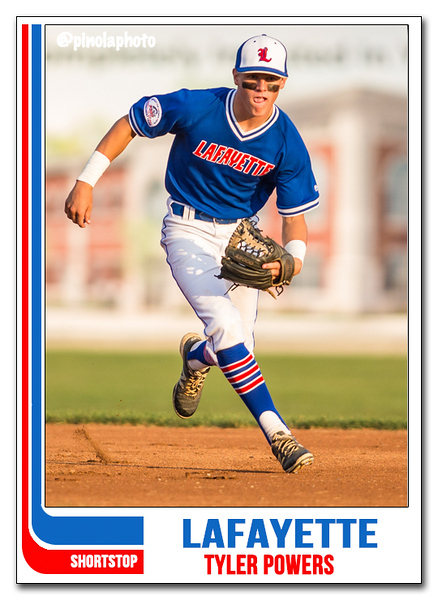 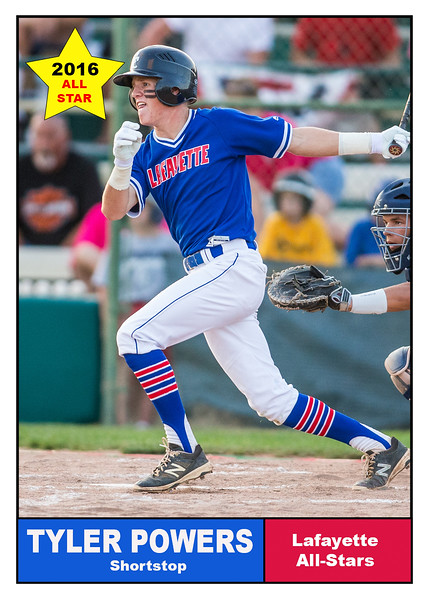 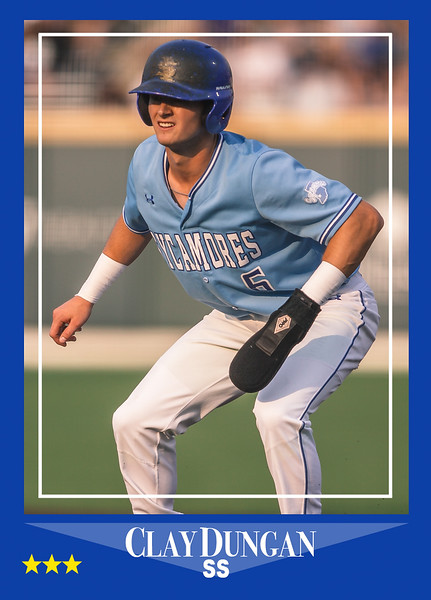 Later on today I will start releasing some of my 2013 cards for the West Lafayette Red Devil team. I made this one earlier in the season and just put it on Facebook. I thought that I would put it here as well because I like the look of it. I may use some other images on this template as well before the season is over. I really like more than one picture for a few players. This is a great way to make multiple cards. Once the template was made it is very easy to switch between players. I had originally thought of making the whole set out of this design, but thought that I would at least use something from this century.

Here is another card that has been sitting around for a while. I saw Brendan play in St. Louis over my birthday weekend in 2009. I was a very fun trip that allowed me to see some Cardinal games from up close. For some reason the mustache of Brendan really made him interesting to photograph for me. That along with his socks which were very different seemed to be a lightning rod for my camera. END_OF_DOCUMENT_TOKEN_TO_BE_REPLACED

This card was originally supposed to be released with some ’86 Topps Red Sox cards near the 25th anniversary of that classic World Series. I was not blogging at that time though so hanging onto these cards turned out to be a mistake. I really liked the look of them though so it is nice to be able to release them now.

END_OF_DOCUMENT_TOKEN_TO_BE_REPLACED

I had planned to post this card thanking the ageless infielder when he announced his retirement. I guess I missed that because I saw his name on a future Hall of Fame ballot meaning he must have finally hung up his cleats for good. I just liked the moment of Omar applauding the pitcher that was leaving the game, and I thought that it would be a good tribute to him. It is an old design that looks pretty bad to me now, but I like the original idea of the card so it will stay up on the site. END_OF_DOCUMENT_TOKEN_TO_BE_REPLACED

Here is another of my ’89 Upper Deck cards that have just been sitting around. Early in 2010 I attended a White Sox game against the Twins. A group of players were warming up and I just snapped a shot of them. I think that that picture has been made into a couple of cards so far. END_OF_DOCUMENT_TOKEN_TO_BE_REPLACED

I have been a fan of Marco’s ever since I saw the documentary A Player to be Named Later that showed life in the minors. I really watched the movie because it followed the Indianapolis Indians for a season. I loved it, and Marco was one of the few players in it who made it to the bigs. This was my first chance to photograph him last August so of course I made a couple cards using his pictures. I was going to release them as part of a series of posts in October celebrating the 25th anniversary of the ’86 World Series, but that never panned out. It finally makes it on here today. END_OF_DOCUMENT_TOKEN_TO_BE_REPLACED

Since I have pretty much conceded the season to the Tigers now I thought that the next couple of cards should feature them. Jhonny was a late season pick up last year, and he has helped them to the Division title this season. END_OF_DOCUMENT_TOKEN_TO_BE_REPLACED

I thought that it was time to post a couple of my All Star cards again. Jose is a player that seems to be on this team every year. He is an exciting shortstop that does pretty well in the bright lights of New York. END_OF_DOCUMENT_TOKEN_TO_BE_REPLACED

Last winter I tried to make some older cards. This is one of those that I tried. I made a Paul Konerko version and this one at the same time. I realized that I really needed to do some tweaking on this one, but thought that since this is how I made it then it should get released that way. I like the idea of the set, and will work on this one a little before putting another one out. END_OF_DOCUMENT_TOKEN_TO_BE_REPLACED