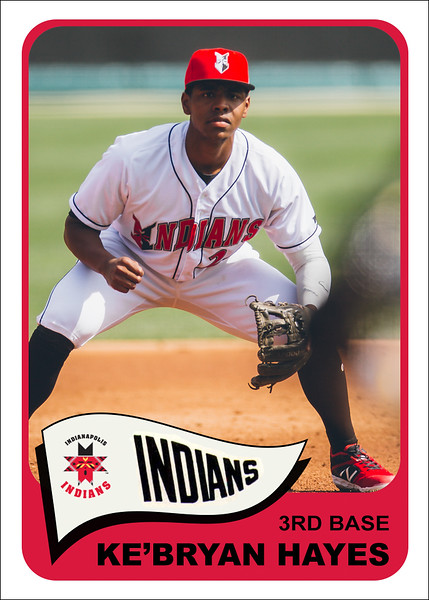 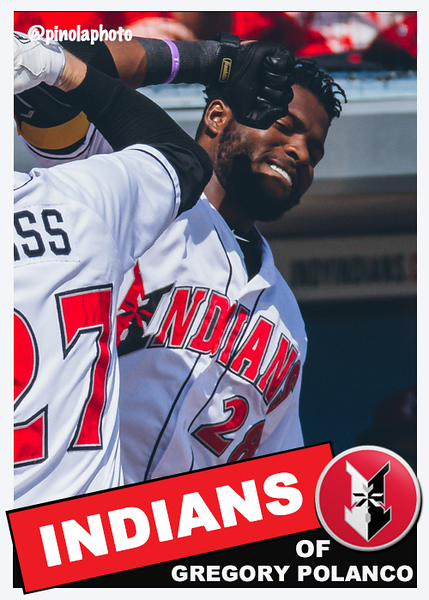 Pedro was one of the top prospects in the Pirates organization a couple of years ago. I was trying to get to see him while he was in Indianapolis, but he moved to the big club too quick for me to see him there. That is why I was happy last summer when he played a few games in Indy on a rehab assignment. The crowd was happy to see him as well. END_OF_DOCUMENT_TOKEN_TO_BE_REPLACED

It has been a while since I posted a card from my ’11 custom set. It is not for lack of cards, but for some reason I have been focused on newer cards. Don’t worry though this site will end up with plenty of them before it is all said and done. I thought that since right about now the Indianapolis Indians game I am at should be starting I would put out my first Indians card of the 2011 set. END_OF_DOCUMENT_TOKEN_TO_BE_REPLACED

I can’t explain why, but I really enjoyed collecting and watching Tony Pena play as a kid. I guess I followed a few catchers, but Tony was right up there. Part of the fun of seeing the Pawtucket Red Sox play on Saturday was the fact that I could watch Tony’s son play. I never did get to see him get into the game, but he did catch in the bullpen for the relievers. What makes this odd (at least to me) is that Tony is a reliever himself. I guess he just has catching in the blood. I love this set, and I am glad that I could get the Pena’s in it. I also found it cool that Tony Jr.’s team was playing the Triple A affiliate of the team (the Pirates) that I picture his dad on. Tony Sr. also played for Boston. I was tempted to have them both in the same colors, but went with this look instead. END_OF_DOCUMENT_TOKEN_TO_BE_REPLACED

All season long I have been reading the Twitter and Facebook feeds of the Indianapolis Indians. It seems like every game comes down to Alex Presley doing something for his team. I saw him play in person Saturday night, and he is already going to be called up to the Pirates for tomorrow nights game. I chose the 1964 Topps template for the Indy Indians cards because I liked how a little tweaking to the classic set made it look very cool. END_OF_DOCUMENT_TOKEN_TO_BE_REPLACED

Earlier this season I was at a Hoosiers game against the Boilermakers when I noticed many scouts in attendance. Most of them were paying a lot of attention to the DH for the Hoosiers Alex Dickerson. Alex was once thought of as a potential first round pick. He fell to the first pick of the third round, and 91st overall. END_OF_DOCUMENT_TOKEN_TO_BE_REPLACED

Normally Monday’s are reserved for Minor League cards. With the surplus of preview cards that I have I have to try and get them out before the start of the season. I found a compromise though that I thought would work. Lyle Overbay was one of the first Silverhawk players that I saw regularly that made it to the bigs. He was a great hitter for South Bend, and has since provided his talents for the Diamondbacks, Brewers, Blue Jays, and now the Pirates. He will always be my favorite because he was the first. He also signed one of my first pictures that I took for me instantly making him a fan favorite. END_OF_DOCUMENT_TOKEN_TO_BE_REPLACED

This past weekend at a card shop I found some 2002 Upper Deck cards that were styled like the 1989 Upper Deck card. I really liked how they looked with updated logos. I may toy with throwing some of the updated logos onto the cards to see how they look. Since the company that made the card has copied their design I don’t feel so bad anymore. END_OF_DOCUMENT_TOKEN_TO_BE_REPLACED

END_OF_DOCUMENT_TOKEN_TO_BE_REPLACED

One of the coolest parts of attending a Saturday game at Victory Field is the fact that you can meet the players prior to the game and get their autograph. I thought I would use this card to capture a bit of that on this site. END_OF_DOCUMENT_TOKEN_TO_BE_REPLACED

Since the White Sox are playing in Pittsburgh this week I thought I would post my only true Pirates card. I have cards of Dotel and Carrasco, but they were badly photo shopped attempts. Jones is actually in a Pirates uniform. Unless something unexpected happens this will be my last Pirates card in the set. END_OF_DOCUMENT_TOKEN_TO_BE_REPLACED

Andrew was the 11th overall pick in the 2005 draft. He was signed to play college ball at Florida, but changed his mind after going in the first round. He rose up the ladder in the minors to the point that he became one of their top prospects. When Nate McLouth was traded to Pittsburgh a spot opened up for Andrew in the Pirates outfield. He has not looked back, and he is one of the more exciting players in the league. END_OF_DOCUMENT_TOKEN_TO_BE_REPLACED

Here is my second airbrush attempt. Octavio Dotel was a hit or miss pitcher for the White Sox. He was either lights out, or the ball was flying out. He was not as well liked as his new teammate D.J. Carrasco in Chicago, but he did pitch some great games there. He is currently their closer, and he is doing fine in limited chances.

I pretty much cheated on this card. I used some of the half hearted techniques that Topps has employed. I simply airbrushed the Sox logo off of Dotel’s hat. The picture itself was taken last season in a game against the Orioles. I had a great seat that I bought cheaply off of StubHub, and I got a few pictures that will probably find their way onto some of these cards.

Earlier today I posted a card of Neil Walker who has just been called up by the Pirates. Here is his famous lineage card which shows Neil and his father Tom. Tom Walker played in the Majors from 1972-1977 for four teams. He played for the Expos (twice), Angels, Tigers, and Cardinals. He played the bulk of his time in Montreal going 14-13 with 3.57 ERA in 144 games. END_OF_DOCUMENT_TOKEN_TO_BE_REPLACED

I made this card last week of Neil Walker, but have had so many cards on here I did not have the time to post it. Neil was playing for the Indianapolis Indians at the time. Today I learned that he was called back up to the big show. So now he will be playing for the Pittsburgh Pirates. I made the card because I was making another card of Neil that I guess I will try and post later today. END_OF_DOCUMENT_TOKEN_TO_BE_REPLACED

Okay. I realize that this card does not look the best, but it was worth a try. I was having trouble sleeping tonight so I thought that I would try something. I used to love going to the park and sitting in left field to watch the guys in the bullpen. One of my favorites was D.J. Carrasco. It was a sad day when the Sox did not pick him up. I thought that I would try and make a card of him on the Pirates. All I did was get rid of the Sox logo off the cap, and do a very bad job inserting a Pirate P. I am not good at free hand so I thought I could just insert a logo and move it to fit. The result is a card that probably will change. If anyone has any tips on airbrushing let me know. If not I will just put the original picture of D.J. in the Sox uniform on the card. If I can get the P on the hat, and paint the white letters on the jersey yellow it could be a passable alternate Pirate jersey. END_OF_DOCUMENT_TOKEN_TO_BE_REPLACED