Since they are running the Daytona 500 today because of the rain delay I thought that I would post this card of Dale Earnhardt that I had made a while back. Part of the draw of going to Daytona USA was seeing this statue of Dale. I took a couple of shots from a couple of angles with my phone, but then found this one that I really liked.  END_OF_DOCUMENT_TOKEN_TO_BE_REPLACED

Continuing the President’s Day theme here is a card featuring Lyndon Johnson. On the same trip that allowed me to see the George H.W. Bush Presidential Museum I was able to go to the Johnson Museum that is located in Austin. This bust greets visitors as they wait to enter the museum. What I loved the most about the establishment is that it was free. I am not a cheapskate, but I love that he wanted it kept free so that anyone could visit it.  END_OF_DOCUMENT_TOKEN_TO_BE_REPLACED

Since today is President’s Day I thought that I would release a couple of of my bronzed heroes cards that I have made for Presidents. A couple of years ago I was in Houston to see Purdue in the NCAA Tournament. While there we visited the Bush Museum on the campus of Texas A&M. I liked this statue enough to get a picture of it.  END_OF_DOCUMENT_TOKEN_TO_BE_REPLACED

I have been reading the book ‘Stan Musial’ by George Vecsey. It is a great book that highlights the career of this great ballplayer. The book was recommended to me by my father, and it is great to think of baseball while the weather is so cold. If you like to read I would recommend this book for sure. END_OF_DOCUMENT_TOKEN_TO_BE_REPLACED

One of the great things about this set is that I get to make a card of Tom Seaver. I have an unwritten rule that I can only use my pictures for cards. That makes it very hard to get some players on a card. This set allows me to make cards of players that I admired growing up, but do not have any pictures of. Tom is one of those guys. I loved watching him pitch for the White Sox, and every August I relive his 300th win. In honor of that I thought it would be the perfect time to put this card up on the site. END_OF_DOCUMENT_TOKEN_TO_BE_REPLACED

The thing that I like about this set is that it not entirely sports related. This site will never delve into the political arena to express my views. That is not really what it is about. I do like looking at some of the Presidents though so they will show up from time to time. With the Presidential run for the nomination heating up I thought that I should post this card of George H.W. Bush. This card is a not entirely without a sports story as George was the captain of the Yale baseball team. END_OF_DOCUMENT_TOKEN_TO_BE_REPLACED 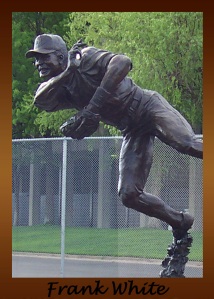 I have not posted any of my bronzed heroes cards in a while. I love the idea of the set, but I have been having fun making cards that I have not made before. I decided to post a few of these today after making several yesterday. I have a knack for taking pictures of statues when I visit a new place. This set is a way of putting these pictures to use. END_OF_DOCUMENT_TOKEN_TO_BE_REPLACED

Seventy years ago today Joe D started his 56 game hitting streak. With that in mind I thought that today would be a great day to release the bronzed heroes card of the Yankee Clipper. I have a few pictures sitting in a folder just waiting to be made into these cards. The beauty of the design is the fact that the cards can be made very quickly. END_OF_DOCUMENT_TOKEN_TO_BE_REPLACED 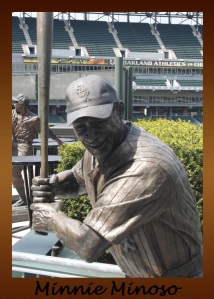 Today is the 60th anniversary of Minnie Minoso’s first game with the White Sox. He was a dynamic player for so many years that it is an absolute shame that he is not in the Hall of Fame. The committee had a great opportunity to put both Minnie and Buck O’Neil into the Hall a few years ago, but for some reason they decided not to. Minnie will probably not get into the Hall of Fame. He was my fathers favorite players as he was growing up. He was also the first black player to play for the White Sox. His color may have cost him the 1951 rookie of the year to the Yankees Gil McDougald. My father still has the clipping comparing the two players. The only category that Minnie was not the leader in was home runs. Other than that Minnie had a much better season. The Sporting News gave Minnie their rookie award, but the writers did not. Minnie may have been the third best left fielder in the Majors during the 50’s. The only players better were Ted Williams and Stan Musial. He was the first Hispanic player of color to play in the majors. His groundbreaking career should have been rewarded with a plaque in Cooperstown. Sadly it probably never will be. They have had ample time to see what he has done, yet he is still ignored. END_OF_DOCUMENT_TOKEN_TO_BE_REPLACED 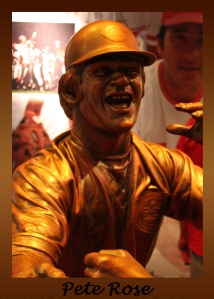 On my train ride Wednesday to the Sox game I was finishing the book Roger Kahn wrote about Pete Rose called “My Story.” Most of the book dealt with his great career, but the end dealt with the ban that was imposed on Pete. I still hate that he lied about betting on baseball, but I am sure he wishes that he could do that over as well. I really enjoyed watching Pete play as a child. He was already past his prime when I saw him play, but you could still see the passion with which he played the game. I would love to have seen him in his prime. I never saw him play in person, but did see him on TV whenever I could. I still think he should be in the Hall of Fame. If these juicers can get in, then Pete should be in. END_OF_DOCUMENT_TOKEN_TO_BE_REPLACED 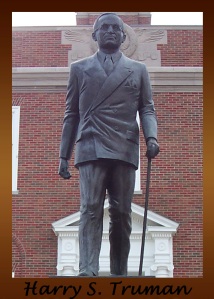 As I said in the last post for a Bronzed Hero card I was not just going to stick to athletes. I thought that the first non athlete in the set should be Harry Truman. In addition to being a sports junkie I also enjoy learning about the various Presidents that have served this country. It amazing how some of them have gotten into the highest office in the land. Probably the best story of all of those would be Harry Truman. It would take way too much time to get into here, but he went from failure after failure to a run of luck that saw him become the President during World War II. I guess with all the weight on his shoulders you could debate whether or not it was luck to end up in office when he did. END_OF_DOCUMENT_TOKEN_TO_BE_REPLACED

Now that the preview set is finished I can get back to posting some other cards. I really like this picture of the Nellie Fox statue in centerfield at the Cell. When it was first placed there I took a bunch of pictures of it from the side, but I really like this one taken with my camera phone from straight on. It almost seems as if Nellie is tossing the ball right to you. END_OF_DOCUMENT_TOKEN_TO_BE_REPLACED

Michael Jordan ruined professional basketball for me. When you grow up watching the best ever it is hard to watch anyone else. I loved the way he played the game. He had a lot of talent, but also the drive to keep improving. The statue captures one of Michael’s famous poses. He was by far my favorite pro player, but I am sure that a lot of people can say that. END_OF_DOCUMENT_TOKEN_TO_BE_REPLACED

Yesterday (as well as right now probably thanks to autopost) I spent some time in the United Center for the NCAA Tournament. As you walk in the main Madison Avenue entrance a statue of Johnny Kerr greets you. As a young man growing up watching the Bulls Johnny was as much of a part of the experience as Michael Jordan was. He was the voice behind the broadcasts. I also enjoyed listening to him, and was sorry to hear of his passing. END_OF_DOCUMENT_TOKEN_TO_BE_REPLACED 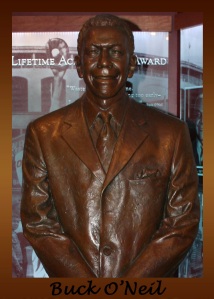 I really wanted to use this one as my second card in the set. From the day I first saw Ken Burns Baseball I loved listening to Buck O’Neil. Buck just talked about baseball in a way that made you love it as much as he did. I would try and catch him on any show he was on. A few Roy Firestone shows come to mind right away. I really wanted to meet him when I made my first trip to the Negro Leagues Hall of Fame in Kansas City. After talking to the woman about him in the gift shop she took the baseballs I had just bought to the back room, and they came back signed. Maybe he had some back there already signed to give to customers. I would like to think that she took them back there, and Buck signed them for me. That is the much better memory. END_OF_DOCUMENT_TOKEN_TO_BE_REPLACED

Here is a small set that I have started. I realized that I have a crazy amount of pictures of statues that I have acquired through my travels. It is a simple design that is meant to have you focus on the statue instead of the card. Of course the first card should be of Pudge. He was my favorite player as a kid. I was at the park when this one was dedicated. I may put one of those pictures on a future card. I just thought he would be the best card to kick this set off. END_OF_DOCUMENT_TOKEN_TO_BE_REPLACED