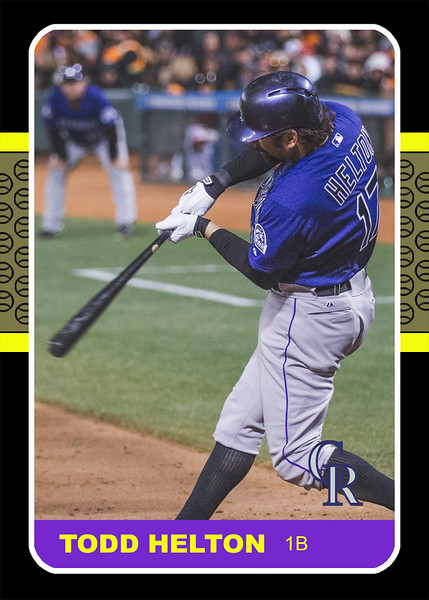 Today I heard that the new card set by Topps was out. Of course I don’t actually collect cards anymore. At least not real cards. I just make fake cards using my pictures. As a child the set that really has always stuck in my mind as one that was hard to get was the 1987 Donruss set. I had a factory set of Fleer early in the year, and you could by a pack of Topps anywhere it seems like. I bought a lot of them too. Donruss though seemed to be very hard to get. My father bought me many packs to try and complete the set. We had a lot of fun putting the set together which we eventually did. For that reason this set will always have a special place for me. END_OF_DOCUMENT_TOKEN_TO_BE_REPLACED

How can you talk about Donruss all day without mentioning the Diamond Kings? Diamond Kings were one of the coolest parts of the set as a kid. Who would be crowned king this year? Who would the Sox king be? I made this card early on in the custom card days so it is a little rough, but I put a lot of work into it so why not post it? END_OF_DOCUMENT_TOKEN_TO_BE_REPLACED

Out of all the Donruss sets this one probably brings back the most memories. It was so hard to get these cards around here that we had to send away for wax boxes. Part of the fun of the set was opening up the packs with my father and seeing if I had any of the cards that I needed. By the end we just cheated and bought the complete set, but that was not as much fun. So I basically have almost two sets of Donruss. END_OF_DOCUMENT_TOKEN_TO_BE_REPLACED

While trying to find a template for the 1987 Donruss base card I came across a couple of the subsets that came out in 1987 from Donruss. The highlights set was kind of cool looking so I thought I would try one. The set basically looked back at the highlights of the season as the name suggests. I thought a cool card would be to commemorate the 400th home run that Andruw hit with the Sox. I was not at that game, but I did see it on TV. END_OF_DOCUMENT_TOKEN_TO_BE_REPLACED