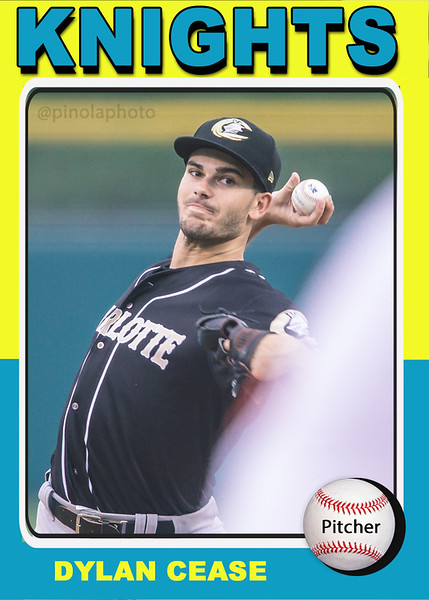 I was blessed to get to watch Tim Lincecum pitch a couple of weeks ago. I really love his style, and it was perfect for making lots of pictures. I had a great seat to make pictures of him during the game, but late in the game I was asked to move behind the plate for a minute while they helped a VIP get out of the row. Of course I took that to mean that I could get right behind the plate to make a couple of pictures. I did just that, and the photo above one of those that I took from there.  END_OF_DOCUMENT_TOKEN_TO_BE_REPLACED

This morning I woke up to hear the news that Gary Carter had passed. As a kid that grew up in the 80’s and followed catchers Gary was a fun player to watch. Sometimes I didn’t give him the credit he deserved because that would have taken some away from my favorite player Carlton Fisk. I practiced all of the catcher drills that Gary showed me on a Mickey Mantle instructional video as a kid. The only problem was that I was left handed and would never play catcher. I was sad to hear of his passing so I thought that I could start a tribute set for Gary much like the one that I created for Carlton a few months ago. END_OF_DOCUMENT_TOKEN_TO_BE_REPLACED

Part of the fun for me with this blog is going back and re-creating the cards that I loved as a child. For the most part I have taken my pictures and put them on the templates from pre 90’s cards. One of the cooler sub sets that I can remember from the 80’s was the Pete Rose tribute set that Topps put out in 1986. They had all of his base cards in a six card set. Of course I had to try and re-create this set. I was going to use some cards of Paul Konerko that I had made. To get that going though I would have to creat a couple of new ones to start. Instead I thought about how cool it would be to just make this set for my favorite player as a child, Carlton Fisk. I have only made the first card so far, but I like how it turned out. It might be a while, but I plan on finishing this small mini set. END_OF_DOCUMENT_TOKEN_TO_BE_REPLACED 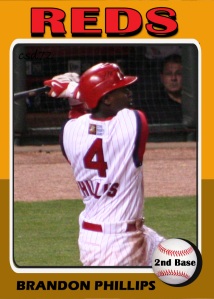 I was never too sure exactly what I thought of Brandon until I saw him play in 2009. As one of the bigger names on that Reds team you would have thought that he would have had a bigger head. Instead of hanging out in the clubhouse before the game he spent most of that time signing as many autographs as he could. That put him on my list of players to watch, and got him a couple of extra cards on this site. END_OF_DOCUMENT_TOKEN_TO_BE_REPLACED

I have not made many cards of Adam yet. Some of that may be due to the fact that he is not living up to expectations. That is not a knock on Adam. It would be hard to live up to the expectations that the fans put on him before the season started. He has fallen on rough times, and the fans are letting him hear it right now. So far he has handled everything very well. I would love to see him reach the concourse in right field where he pointed at the day he was announced at the stadium. END_OF_DOCUMENT_TOKEN_TO_BE_REPLACED 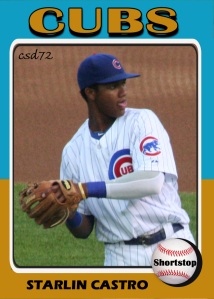 I have been missing from here for a couple of days. A new job has really had my attention lately. I thought that I would post a couple more of my ’75 Topps cards today to get things going again on the blog. The first is of Starlin Castro. He is still rough around the edges, but is a very good player. When he hits his stride I think that he will really be something else. I have made a few cards of the future star, and plan on making a few more. END_OF_DOCUMENT_TOKEN_TO_BE_REPLACED

Mike just proves the age old theory that if you hit me a baseball while I am at a game I will make many cards with your picture on them. I thought that since Mike hit me a baseball I would give him some star treatment for a while on this site. I gave him the same colors as a great Kansas City third baseman’s rookie card. As a kid I loved George Brett, and his ’75 Topps card is stuck in my head. I pulled it up to make sure of the colors, and put them on this card. I thought it was only fair. END_OF_DOCUMENT_TOKEN_TO_BE_REPLACED

Are you sick of the ’75 Topps cards yet? I am not. I have had some fun coming up with a few different color variations with this card. I thought that I would include a hometown player in this set. Brad was a star player for the LaPorte High School baseball team before his pro career. He never made it above Double A, but it is still cool to see a local kid do well. END_OF_DOCUMENT_TOKEN_TO_BE_REPLACED 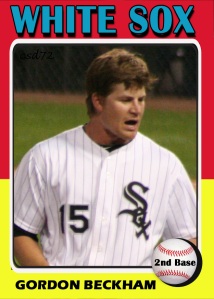 Brent is a player that I was never very high on, but the way he has played this season he has really made me change my thinking. He really does give everything when he is on the field. In the middle of a season where people are not playing to the level you know they can it is refreshing to have someone playing higher than we thought they could. When I made the first few ’75 Topps cards I knew that I wanted Brent in that set. END_OF_DOCUMENT_TOKEN_TO_BE_REPLACED 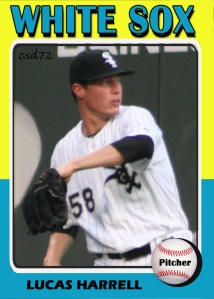 I have been wanting to try and clone the ’75 Topps card for a while now. I made a couple Cardinals cards early on in my card making days, but I just used an actual card and cut out the center for my picture. I wanted to make a template that I could use and change up. The hardest part for me was how to make the multi color border while keeping the ability to change colors. The ’75 Topps set had many different colors so I wanted to be able to re-create some of those cards. I found a way to do it this morning while playing around so I now have a ’75 Topps template. The team name was troubling me until I found a very simple solution. I just took the name and cloned it. Then I changed it’s color to black before moving it down and to the right slightly. This created the shadow effect I was looking for. I like the few cards I made with this new template so I will try and get some of them out sooner rather than later. END_OF_DOCUMENT_TOKEN_TO_BE_REPLACED

When I was making the Pujols card I had the template open so I decided to make another card. I had some pictures of John Smoltz set aside to make cards of so I thought I would use on of them. I really like the 1975 Topps design. (I realize that I say that a lot. I apparently like many different card designs. The ones I don’t like so much probably won’t be on this site very much.) I knew that I wanted to make a few of these, and this was a good chance to make a couple. END_OF_DOCUMENT_TOKEN_TO_BE_REPLACED

This is the second card in the Albert Pujols dump, and the second new card to the site. I have wanted to do the 1975 set for a while, but it looked as if it could be a pain. Thanks to my new photoshop program having a baseball template in it I was able to make this card fairly easy. Although a Cardinal player was the first of the 1975 Topps set I am sure that a few Sox players will follow. END_OF_DOCUMENT_TOKEN_TO_BE_REPLACED