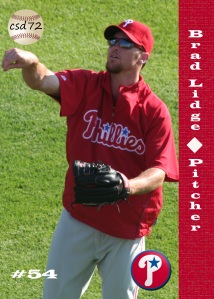 Brad has gone from being the Big East player of the year while at Notre Dame to getting the last out in the 2008 World Series as the Phillies closer. He is a veteran closer that now has over 200 saves. 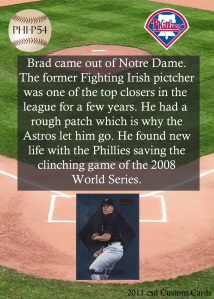 I took this picture last July as Brad was tossing a ball up to a fan at Wrigley. At the time I was not sure who it was, but looking through pictures of the team I was pleasantly surprised to see that it was Brad.