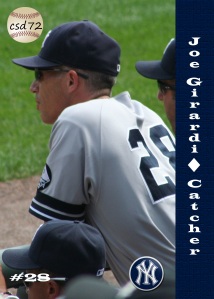 I still remember when Joe came up with the Cubs. It really does not seem like that long ago, but it actually has been. Since then he has had a good career followed up by a good managing career. He was so good that the Yankees made them their manager, and he has already brought them a World Series title. 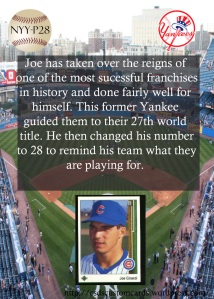 For some reason when I made the card I listed him as a catcher on the card. I guess old habits die hard. I took this picture last August as Joe was managing his troops against the White Sox.